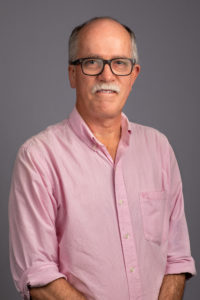 Reverend Jim Burklo is the Senior Associate Dean of Religious Life at the University of Southern California.  He serves as a chaplain to students as staff, supports the 85 student religious and spiritual clubs at the University, and leads groups, classes, events and retreats for students and staff.

Reverend Burklo received his B.S. in Social Relations from UC Riverside, his M.Div. from San Francisco Theological Seminary, and his ministerial ordination from the United Church of Christ. He teaches a course in the Arts of Service at the USC Keck School of Medicine.  For ten years, he taught a course in Public Policy at USC’s graduate School of Social Work.  Before coming to USC, he served as the ecumenical Protestant minister for the United Campus Christian Ministry at Stanford University, where he supervised student projects, retreats, and internships related to spirituality and social justice. Reverend Burklo serves on the board of directors of Progressive Christians Uniting and is the author of seven books – Open Christianity: Home by Another Road (2000), Birdlike and Barnless: Meditations, Prayers, Poems, and Songs for Progressive Christians (2008), Hitchhiking to Alaska: The Way of Soulful Service (2013), a novel, Souljourn (2013), Deeper Love: Faithful Rhetoric for Progressive Social Change (2016), and Mindful Christianity (2016), and Tenderly Calling: An Invitation to the Way of Jesus (early 2021).

While at Stanford University, Reverend Burklo served as the vice-chair of the Community Working Group-Opportunity Center, which built a $24 million housing complex for Palo Alto’s homeless residents.  He is the former pastor of Sausalito Presbyterian Church and of College Heights Church, San Mateo, CA.  He previously served as the organizer and Executive Director of the Urban Ministry of Palo Alto (now part of LifeMoves, Inc), an interfaith non-profit cooperation serving thousands of homeless people annually.