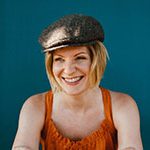 Cat Moore
Cat Moore is the Director of Belonging at USC ORSL. She teaches CLICK and SPARK, classes for students on making meaningful relationships at USC through ORSL’s Campfires program. 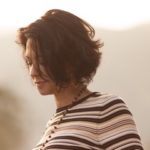 Sara Elizabeth Ivanhoe
Sara is the Director of Yoga USC. She has been teaching yoga since 1995. In 2015, she completed her master’s degree in  Loyola Marymount University as part of the inaugural class in Yoga Studies. 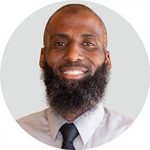 Jibreel Speight
Jibreel Speight is the Director of Muslim Life at USC, as well as an Islamic seminary instructor at the Institute of Knowledge. He offers spiritual care, support and education relying on Islamic tradition and literacy as his basis.

Bekah Estrada is the Co-Director of Christian Life at the University of Southern California. Bekah received her B.B.S. in Ministry and Leadership Studies at Hardin-Simmons University in Abilene, Texas.

Ryan Bell serves as the Humanist Chaplain at the University of Southern California, and is the religious director for the USC Secular Student Fellowship. He received a Master of Divinity degree from Andrews University and a Doctor of Ministry from Fuller Theological Seminary.

Sable Manson
Sable Manson is Director of the Interfaith Scholars Program. Born and raised in Southern California, Sable attended Loyola Marymount University (LMU) as an undegrad, and earned her Masters in Post-Secondary Administration and Student Affairs (PASA) from USC.

Fr. Chris Ponnet, MA. MTheo, BCC,  is our Director of Chaplaincy.   He is the administrator of the St. Camillus (UIC) Urban Interfaith Center (ACPE Accredited school for training professional chaplains based at LAC USC Medical Center. Fr. Chris was ordained a Catholic priest in 1983 and became pastor/chaplain at St. Camillus serving LAC USC, Keck and Norris Medical Centers. Fr Chris has been Director of Department of Spiritual Care at LAC USC Medical Center for the past 15 years. Fr. Chris is active in the interfaith social justice community in Southern California and some national justice movements.